These are dark words that describe dark places.

Sexual exploitation…sex trafficking…sex abuse – words that only enter most people’s lives through fiction and news reporting.

But for too many women, those dark places are where they live.

Switch, a Greenville organization that helps exploited women, is dedicated to helping them find the light.

Exploitation, or trafficking, can occur when a woman is coerced, lured into fraudulent terms, or coerced into selling herself; when she engages in prostitution because she thinks she has no other way to pay for her rent, food, drugs and alcohol; when forced to participate in pornography or striptease; or when she suffered long-term sexual abuse, according to the Switch website.

Whatever the circumstances, Switch will help a woman turn her life around if she’s ready. (The organization only works with women, although anyone can be exploited.)

“It comes down to the trauma that a woman has experienced. If they want help and they want to get out of life, we will work with them – whatever their choices, their lifestyle, their sexual orientation. None of that matters,” Aronson says.

Some people — often including women themselves — believe sex work is a choice, he says.

“Bring this woman to herself at 10 years old. Not once did she say, “Selling myself for sex is something I want to do.” At no point is it anyone’s choice,” he says.

Trafficked women and children are most often exploited by a family member, friend, teacher, pastor, coach, employer, boyfriend or girlfriend.

Aronson says he knows a young woman who was raised in a loving family but succumbed to what he calls Romeo pimping or Romeo trafficking.

The abuser finds someone to gather details about a potential victim and report back to them. He then rushes in like Prince Charming – armed with all that personal information.

“The girl thinks, ‘Oh my God, that person has the same dreams as me,'” Aronson says.

Aronson says the young woman was smitten within weeks. “He won her over in one night and she was ready to move in with him.”

Soon, the “Prince Charming” asked her to undress in a club, and then offered her a trip. She would go first, and he would join her later.

“If she had gotten on a plane and gone… That was a sale. He was selling her to another trafficker who would take away all her identity papers. She would be hopelessly lost,” Aronson says.

Family is the most common way people are trafficked in South Carolina, he says.

One girl’s father began abusing her when she was 5, Aronson says. “Then he let his friends abuse her and he asked her for money. He started doing child pornography. It continued from there. She was in this life for 20 years,” he says .

Other times, he says, families are driven by what they see as a necessity.

“A mother can’t pay rent, doesn’t have food, doesn’t feel worthy. But she said, “You can sleep with my daughter. This should cover the rent.

Educating people about these realities is part of Switch’s mission. Aronson and his staff make presentations to sports teams, churches, businesses, and rotating club meetings – anywhere they are welcome.

The ultimate goal of the organization is lofty: to end sex trafficking and sexual exploitation in the upstate through education, helping exploited women take control of their lives and disrupting demand. “I truly believe that if we do our job of raising awareness and disrupting the demand for sex trafficking, the traffickers will just leave this area,” Aronson said.

“We can all play a part in bringing hope to this situation.”

Whether it’s educating the public or finding therapy, housing, and services for exploited women who want to turn their lives around…it’s about bringing light to a dark place.

That’s been the goal since Switch was founded in 2012 by Stephanie Johnson, who served as executive director until 2015.

“She felt God was prompting her to shed light on the darkness of sex trafficking and sexual exploitation,” Aronson says. The organization’s full name is Switch 4216, a reference to Isaiah 42:16 in the Bible. “The Lord shines in the darkness of the lives of these women so that they meet his love and are led on a path that he smooths.”

The mission of the organization is resolutely Christian. But women who receive help are not required to go to church or adopt religious principles.

“We are not just a faith-based organization. We are a Christian organization. But it has nothing to do with who we help,” says Aronson.

Operating by faith is nothing new to the Aronson family. They moved to South Carolina from Washington State because they felt God called them to do so. While he and his wife were still buying their house in Greenville, Aronson was offered a position on the Switch board.

He had not attended a single meeting when he was offered the position of acting general manager. It became final in December.

Prior to Switch, Aronson spent 10 years working for Shared Hope International, which helps trafficked children. He says he finds this new job even more rewarding.

“I wake up every day excited to go to my office to be part of this team,” he says. “The team is such a joy. These people love doing this job. They make such a difference.

Greenville County ranks No. 3 in the state in the number of reported trafficking cases, according to the SC Human Trafficking Coalition.

“By raising so much awareness of this problem, more cases are reported, which means more women are helped. Instead of being left in a place of darkness, they are in a place of hope.

Next C of E is paralyzed by his privilege in society 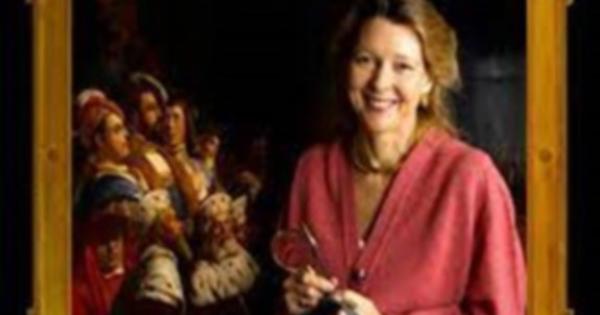